On March 16th, 2019 (Pacific Time), The Blue Alliance went down for 3 hours from ~21:00 to 23:59 due to a combination of overrunning a daily budget cap set on the tbatv-prod-hrd Google App Engine project, and an error in the Google Cloud Console that prevent increasing the budget. This prevented usage of the website, API, and signed-in usage of the iOS app.

This document is a postmortem diagnosis of what went wrong, and what steps are being taken to prevent similar issues in the future. We are sharing it publicly so others can see a postmortem process, and better understand how TBA operates.

For around 3 hours, users were unable to use The Blue Alliance website or API. The Blue Alliance for iOS app crashed on launch for users signed into the MyTBA feature, resulting in ~1500 crashes for ~300 users during the outage.

Over Quota Error. This is what visitors to The Blue Alliance site saw during the outage. The 3rd party and mobile app APIs were also down. Some pages would continue to serve if users hit CloudFlare caches instead of reaching the Google App Engine server. 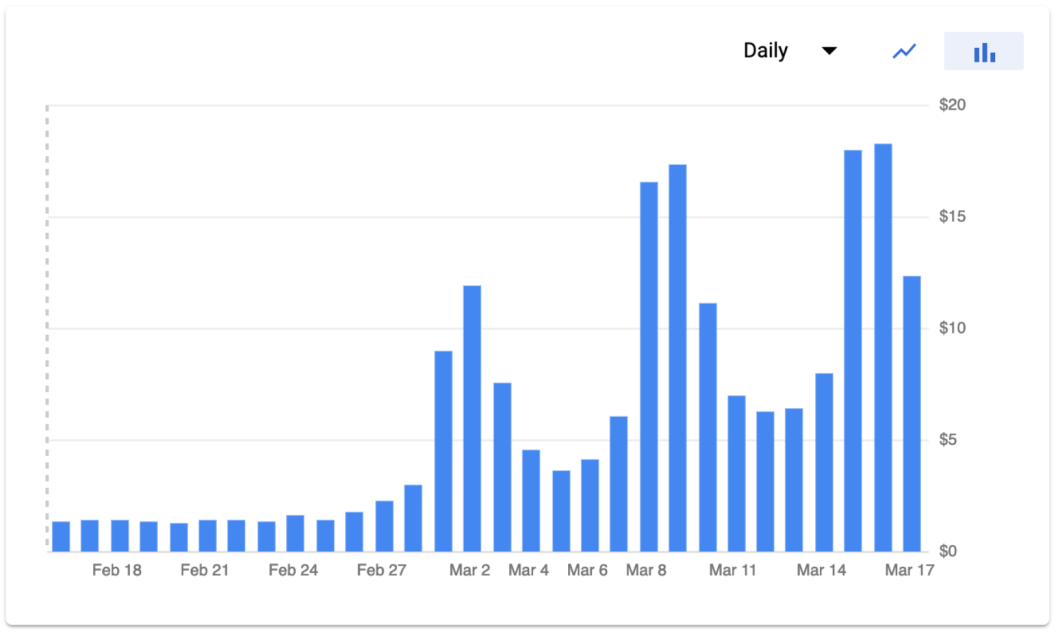 How did you know something was broken? Did you have alerting to find it for you, or did you need to rely on humans catching/reporting?

How hard was it to get the right people in the room to fix the problem?

Eugene messaged Greg on Slack and Facebook Messenger. Greg had Slack Notifications on his phone off, and did not have his laptop with him. It was a fluke Greg was awake, given the late hour.

What did you do to fix the issue? How hard was it? What could we do better?

Greg attempted to increase the GAE daily quota, but was stopped by the erroring settings page.

We waited 3 hours until midnight pacific time, when our Google App Engine quota reset. This restored the site. The GAE settings no longer errored, and Greg increased the daily quota.

Eugene should have had permissions to fix this problem himself.

What tooling/code/process improvements should we make to have prevented this in the first place?

We were surprised that the site went down, and it was detected by an admin experiencing an error, not by proactive alerting.

Admins Did Not Have Permissions

Eugene discovered the issue, but only Greg and Phil (who were in Eastern Time, where it was after midnight) had permissions to increase GAE quota. It was a fluke Greg was awake and available, as he was away from home for the weekend.

We have no human contact at Google to escalate technical issues to. In the event our GAE settings continued to error, we would have no remediation path to fix the problem. This could present a problem for similar issues in the future that might require intervention by a Google employee to fix.

The TBA mobile apps cache data locally, so should continue to work even if the server is down. However, the iOS app attempts to sync push notification tokens for signed in users with the MyTBA endpoints on app launch. The iOS app was expecting a valid responses from the MyTBA endpoints, which resulted in users crashing on launch.