Looking Back: 10 Years of The Blue Alliance

The Blue Alliance was started 10 years ago near the end of 2006, just in time for the 2007 season. Now that the 2017 season approaches, let’s take a look at how far The Blue Alliance has come in the last 10 years.

[Fall 2006] Do you remember when The Blue Alliance used to be just a web show?

When TBA was first started, there was no GameDay. No Android App. No video archives. No match results. Just a few ex-FIRSTers that wanted to help other teams build better robots.

FIRST’s pages for viewing event results have always been… lackluster. 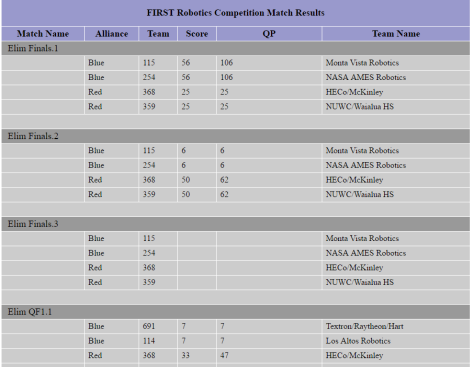 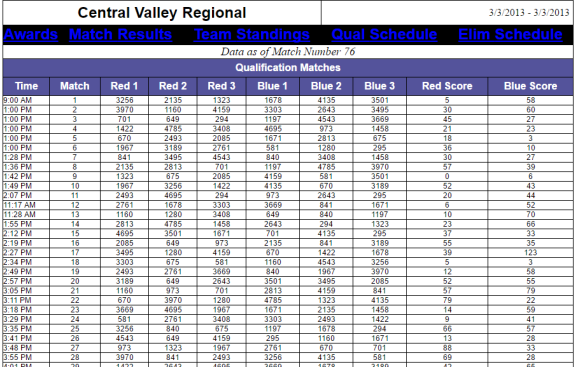 The Blue Alliance was the first to provide a convenient way of viewing competition results. Still, many things that are available today were not back in 2007 such as rankings, awards, and detailed score breakdowns. 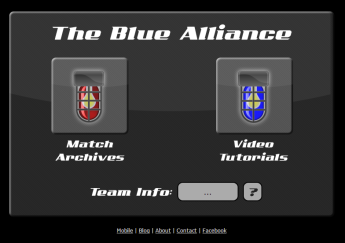 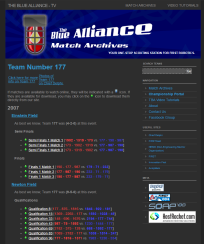 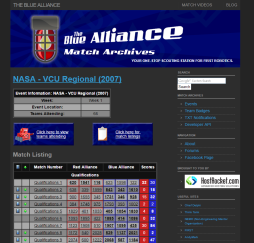 Match video support came to The Blue Alliance in March 2007, but things weren’t as easy as uploading a video to YouTube and adding it via a web interface. Videos were manually cut, specifically named, and then uploaded via FTP to TBA’s servers. Yes, that means TBA hosted and served all the videos… what would we do without sponsors?

This begins the “modern era” of The Blue Alliance. You can see a few familiar elements in parts of the site. Still, the site was very different from what it is today. 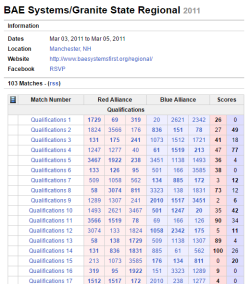 GameDay was originally branded as MadStream, a project of teams 604 and 1323. Since integrating it into The Blue Alliance, GameDay has been able to take advantage of TBA’s extensive data and infrastructure.

Around the same time, the site got a major facelift, started tracking rankings and awards, and started supporting mobile browsers. This is the website everyone recognizes today. 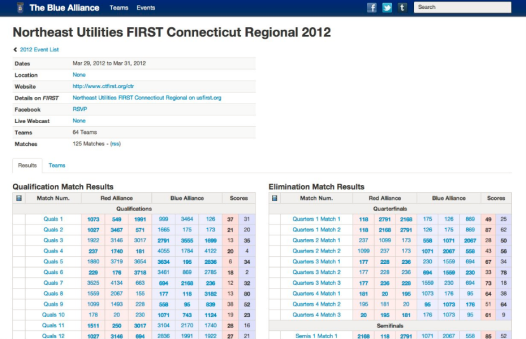 Version 1 of our API wasn’t used by many, nor was it widely publicized. Since APIv2 launched, its use has grown steadily over the years — up to over 80 million hits in 2016 alone (most of that during the months of March and April). APIv2 has been used for various applications, from the TBA Android app to one-off data analysis white papers to individual teams’ scouting applications.

Since it’s release, the official TBA Android App has had over 50 release updates and 18,000 installs. The app introduced myTBA and push notifications.

2015 wasn’t a huge year for shiny features. There was a lot of incremental improvements, such as optimizing the Android app and making the server backend more efficient.

To push for more complete offseason data, we created EventWizard, a tool for organizers of offseason events to easily import match results into The Blue Alliance during the event. This not only made it easier to ensure results were properly archived, it also enabled teams that relied on the TBA API for scouting to use their software in the offseason.

We built upon myTBA and introduced predictions, nearby search, and a for-fun tool to check whether two teams would be attending the same Championship event in 2017+.

More recently added support for robot CAD models and partnered with RoboSports Network on this blog.

We just released a completely revamped GameDay in time for Kickoff.

Many new things are close on the horizon, including APIv3, advanced search, and more.

Huge thanks to our sponsors for continued support, developers who have contributed to The Blue Alliance, and the community who always gives us valuable feedback and ideas to pursue. Here’s to a great 2017 season!