With the beginning of the 2-Champs era starting with STEAMWorks, it’s also the first time that FIRST is hosting a Festival of Champions in FIRST’s home city of Manchester, NH. This article is a look into the matchup of the two FRC champion alliances that were crowned in Houston and St. Louis just a few months ago. We’ll take a look into each of the teams on the two alliances and how they might play against each other in the best of five matchup. 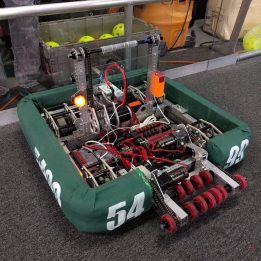 There are a few main storylines with the Roebling champions coming into FoC. 2928 Viking Robotics was unable to make the trip to Manchester, so 4188 is taking their place as the 2nd pick of the finalist Newton alliance from Houston Champs. This is important for a few reasons, as it will be interesting to see how the Roebling alliance changes their strategy with 4188 as a new addition, and that 4188 had communications issues on Einstein finals that played a role in the outcome.

973’s shooting is going to be a key factor in these matches to stay close to the powerful Daly autonomous. 973 averaged 28 kPa of fuel in autonomous on Einstein, and averaged over 40 kPa for the entire match. With the ability to continue improving software before FoC, there’s a chance for an even higher amount in autonomous, especially since now they’ll be shooting indoors and without sunlight interference.

There are two keys to the gear game for this alliance. 1011, 4188 and 5499 need to take as many of the gears as they can so that 973 has more time to continue shooting, as they are the only robot that can contend with the shooting of Daly. They also need to finish the gears first, so that they can play defense, either to try and prevent Daly from getting four rotors or slowing them down enough to hinder their shooting time.

Roebling’s weaknesses that were shown at Houston champs came up in their two losses on Einstein. Their first loss came down to penalties against Carver, and their second loss came down to the powerful fuel scoring alliance of Newton (who is very similar to the Daly alliance). If Roebling can control the penalties and pace of play to get more shooting time, then they can definitely pull out a win against a fuel heavy alliance, as we saw them do in Houston Finals. 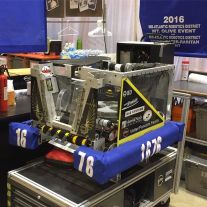 The Daly alliance was the heavy favorite throughout St. Louis, but they still had some road blocks on the way to their win. While 254 is a pretty even match for 973, Daly has another star shooter in 2767, which gives them an advantage. Daly averaged 27 kPa in autonomous, which is very similar to their opponents, but they averaged a massive 64 kPa by the end of matches on Einstein, which is probably too much for 973 to handle. Daly also has potential for a two rotor autonomous, either with 1676 running their center auto and 2767 on the side, or with 862 on the side and 2767 in the center while also shooting. These two options give Daly a chance with any combination of teams to have a big lead after autonomous.

However this powerful alliance had two losses on Einstein just like Roebling. Their first loss was to an all gear alliance from Archimedes that was able to hold Daly to three rotors and pull out a low scoring win. Their second loss came to Darwin, who was able to barely outshoot them. However these were two matches that Daly missed their two rotor auto in, and that would’ve made the difference against Darwin and potentially Archimedes.

The key to the win for Daly is to play consistent and ensure they get four rotors. They have the edge in autonomous scoring and fuel scoring potential, but a missed climb or missed rotor could cost them.

Despite Roebling showing they can defeat a powerfuel alliance in the finals of Houston Champs, I don’t see them defeating the consistency of Daly. The two rotor autonomous and extra fuel shooter should be enough to take the win. Prediction: Daly defeats Roebling 3-1.